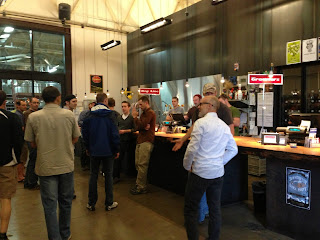 Sponsor of Garage Racing since day one, Georgetown Brewery hosted the team for a social night of beer sampling last Wednesday.  Roger was kind enough to give the team the lowdown on Georgetown Brewery's history and how the brewery started by making one beer well.  Very well. 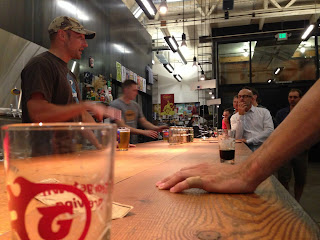 The one trick pony days of Manny's Pale Ale are long gone.  Garage Racing got a sampling of the breadth of beers that are now always flowing out of Georgetown such as Lucille & Chopper's Red. The thirsty crowd also got in on some not-always-flowing beers such as Lucy, an imperial IPA aged in oak barrels.  Wow.