Garage Racing Uniforms Get a Second Lease on Life 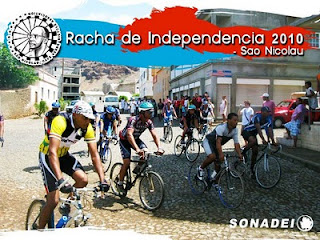 Garage Racing had the pleasure of helping Sonadei with the Cape Verde Bicycle Project earlier this year. This Project sponsored the “Race de Independência 2010”, held on the tiny island nation of Cape Verde, off the western coast of Africa. Garage team members rummaged through their dressers and closets to donate old uniforms to this worthy cause. Several large boxes of uniforms were then shipped to Cape Verde, where they were handed out to the racers. As good as the uniforms looked in their former lifetime around the Northwest, they looked even better being handed out to eager competitors, as can be seen in this video:

For more info on this project and race, visit: http://www.sonadei.com/catalog/CVBO.php