Kickin' it at Cascadia Crit Series

Crit season started early this year with the Cascadia Criterium series kicking off in late May. Over the course of three consecutive weekends, this brand new series encompassed a total of six races. The courses varied between the old tried and true such as Ballard, Boat Street, and Seward, to brand new events at Woodinville, Fremont, and Tacoma. The racing was fast and furious as racers earned cumulative points vying for podium spots in the overall.

The Masters 35+ division saw some epic battles over the course of the series. With strong Canadian representatives adding to the already competitive field, it was a cage fight till the bitter end. The black and red colors of Garage Racing were prominent throughout the series animating many breakaways and collecting primes along the way. After combining for a total of 8 top 5 finishes, Nikos Mills and Mike Burdo finished 3rd and 4th overall for the series. 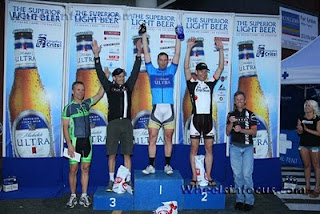 Kudos to Robert Trombley and all who made this new series possible. Garage Racing has already marked this down as a must-do for next year.


(Photo courtesy of Wheels In Focus)